You are here: Home / Newborn Care

Vitamin K is needed by the body to produce factors essential for blood clotting. Low levels of this vitamin can result in Vitamin K Deficiency Bleeding.

Adults receive Vitamin K from foods like leafy green vegetables, and cooking oils and a small amount is made by bacteria in the gut. Vitamin K does not cross the placenta easily, so babies are born with low levels of this vitamin, and they do not get the recommended amount of Vitamin K from breastmilk and formula. A baby’s gut is sterile at birth and so they do not create their own vitamin K. Without extra vitamin K it takes about one month for babies to build up enough vitamin K to be protected from this bleeding problem.

Vitamin K Deficiency Bleeding is a rare problem today because most babies receive a dose of the vitamin at birth. Without any extra vitamin K, 4-17 of 1000 babies would be affected between day 2-10 of life and 4 -10 out 100 000 babies between 2 -12 weeks. Babies who are at increased risk for this disease include those who are premature, had difficult births, have liver damage or whose mothers take anti-seizure or anti-clotting medications. A baby with Vitamin K Deficiency Bleeding may bleed from the umbilical stump, nose, skin, scalp and may have bleeding into the abdomen or the brain. In severe cases babies can have a permanent disability or even die.

A routine injection of 1 mg of Vitamin K into the thigh of a newborn baby helps prevent severe bleeding in the first six weeks of life. There are no proven risks of giving this vitamin to healthy babies. Please ask your midwife if any questions about Vitamin K.

On the passage through the birth canal, the eyes of babies are exposed to any bacteria that are present. Babies who pick up bacteria in their eyes are at risk of developing eye infections known as opthalmia neonatorum.

Chlamydia and gonorrhea are the most common cause of eye infections in babies in North America. These infections can be severe and can cause blindness. Other bacteria such as Staphylococcus and Streptococcus can also cause eye infections that are less severe.

Historically, the high rates of blindness and severe infections resulted in a law requiring silver nitrate be instilled into the eyes of every baby after birth. This was very irritating to the eyes of babies. Today, a 0.5% erythromycin eye ointment is used shortly after birth for babies at higher risk of opthalmia neonatorum.

Erythromycin antibiotic ointment causes some clouding of the vision for several minutes. A small number of babies (<10%) will have watery eyes and some redness after antibiotic ointment therapy. The midwives in our practice usually wait until your baby is ready to rest after an awake period following the birth before applying the ointment to minimize the impact of blurred vision on bonding.

Please ask your midwife any questions you have about eye prophylaxis. 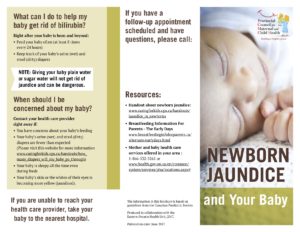 Link: Can your Baby Hear? 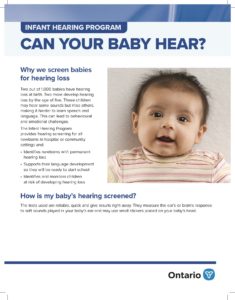 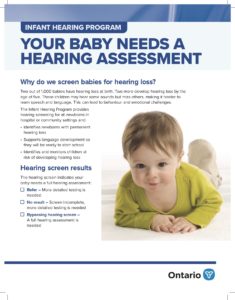 Babies need vitamin D for healthy growth and development. It helps them build strong, healthy bones and teeth. Babies who don’t get enough vitamin D are at risk of getting rickets, a disease that affects the way bones grow and develop. Vitamin D can also help prevent certain illnesses in childhood or later in life. Fortunately, vitamin D deficiency (not having enough) can be prevented by giving a daily supplement (drops) to babies who are at risk.

How do I know if my baby is at risk of vitamin D deficiency?

Why do breastfed babies need a vitamin D supplement?

Breast milk is the best food you can offer your growing baby. For the first 6 months of life, it is all your baby needs. Even when your baby starts eating solid foods, you can continue to breastfeed until 2 years of age and beyond. Breast milk also contains antibodies and other immune factors that help prevent and fight off illness. Breast milk has the right amount and quality of nutrients to suit your baby’s first food needs. It is also the easiest on the digestive system, so there’s less chance of constipation or diarrhea. But breast milk has only small amounts of vitamin D (4 to 40 IU per litre) and does not have enough to meet your baby’s needs. That’s why babies who are breastfed should receive a daily supplement of vitamin D from birth until they get enough from their diet.

How much vitamin D should my baby receive?

Babies who are breastfed should get 400 IU (international units) per day until the infants diet includes the same amount from other food sources.

Do babies who are formula-fed need extra vitamin D?

Since vitamin D is already added to infant formula, most full-term babies who are formula-fed don’t need a supplement.

If I am breastfeeding and I eat foods rich in vitamin D, do I still need to give my baby a supplement?  Yes. Although some foods are good sources of vitamin D, they won’t provide enough vitamin D to enrich your breast milk to the level your baby needs.

A woman’s vitamin D status during pregnancy will affect how much vitamin D the baby has at birth. Studies have shown that many pregnant and lactating women in Canada have low vitamin D levels. A baby born to a mother who is vitamin D deficient is more likely to have a vitamin D deficiency. Health Canada suggests 400IU/day, although recent information suggests the need to increase this amount. Most prenatal vitamins contain 400 IU/day per suggested daily dose. One study suggests that supplementing with 4000 IU/day is effective in assuring enough vitamin D in the breastmilk; this amount appears to be safe while pregnant and breastfeeding.

Sources and for more information: 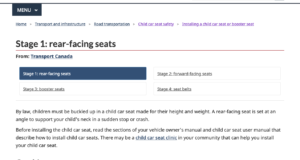 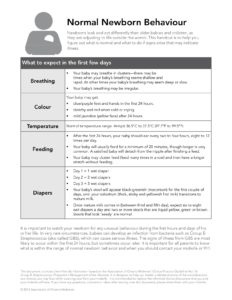 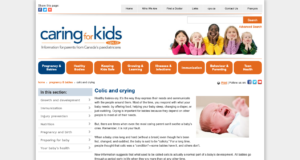 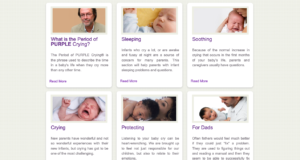 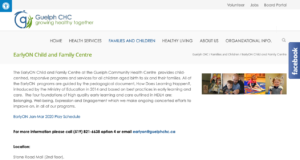 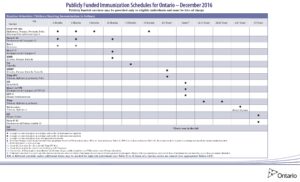